a place to put low riders, old school and classic Honda choppers you find on the net. Maximum size 600 x400... Do your posts as replys to speed up viewing.
Post Reply
8 posts • Page 1 of 1

Hey, the reference COULD have been "pig's rse";^)

To be fair to the CX, it's far from the worse bike I've owned or ridden, quite a capable li'l machine, and the difference in style and performance from a REAL Le Mans wouldn't rate the high 5 figure difference in the price tag.

Agreed, Also Jap is more reliable than Italian. Parts are cheaper, engine design has benefits over Le Mans. The Guzzi crank and gearbox rotate in the same direction, whereas the CX has a counter rotating gearbox, to eliminate torque twist. Just not enough cubes...!

"the CX has a counter rotating gearbox, to eliminate torque twist"

I think the term you're looking for is REDUCE torque twist, as we've discussed previously, there's still some there, used to irritate me when it'd torque over onto my right leg at the lights, but they went well enough for a 500 from that era.

Actually, had a discussion about the CXs on the Viagra forum (someone in Canuckistan was tossing up between a CX & a Viagra), I was trying to quantify what I felt was missing in the CX (for me), I think it was just too vanilla/soulless for me (like a 2 wheeled accountant), I just couldn't get attached to it, but whereas the stock Viagras (Viragos for anyone who requires translation) are gaudy 'merican trollops to me, once you rip most of the wannabe dresseresque bits off n throw them away, and black out much of the chrome, they start getting close to something worth keeping (or at least, will be if I can get it running right). Guess the tuning fork company has some soul, buried under the tacky marketing bling, wouldn't be so many people attached to the XSs otherwise, would there?
Neale
'85 XV1000 with some mods, getting there
'86 XT600Z, going under the knife ASAP
Top

Yep, you're correct. Reduce is a better word. But, to get torque steer, you have to have horsepower.......47 isn't quite enough.

Like the Virago's, but, after seeing henry build his, the "neck" is an abortion of joints and cover ups. Engine looks sweet though, and available in more than 50 HP.
I guess whatever floats your boat, I think the Plastic Maggot has a great soul. It's heart is unique, rides 2 up in comfort all day, a very distinct sound, so I guess it's just one of those things. There are CX clubs and forums in many countries, I guess they've got ......'something'. Just not horespower . 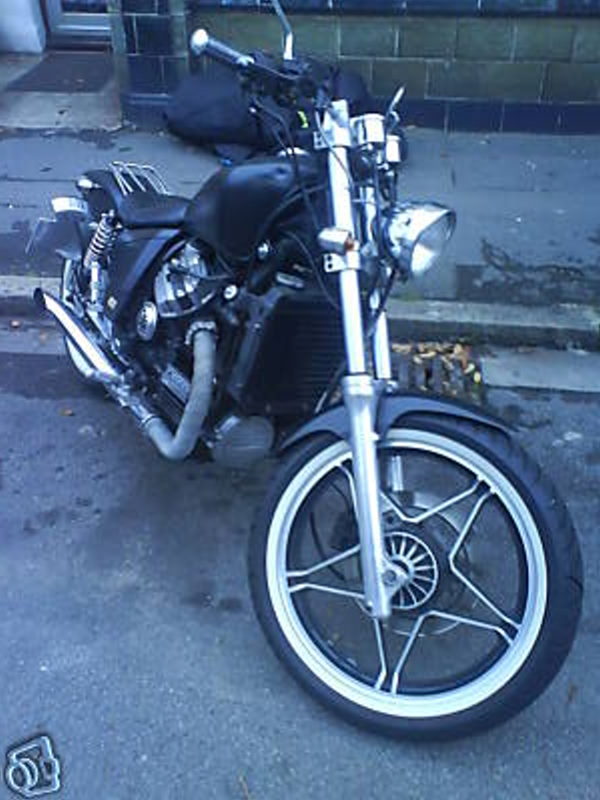 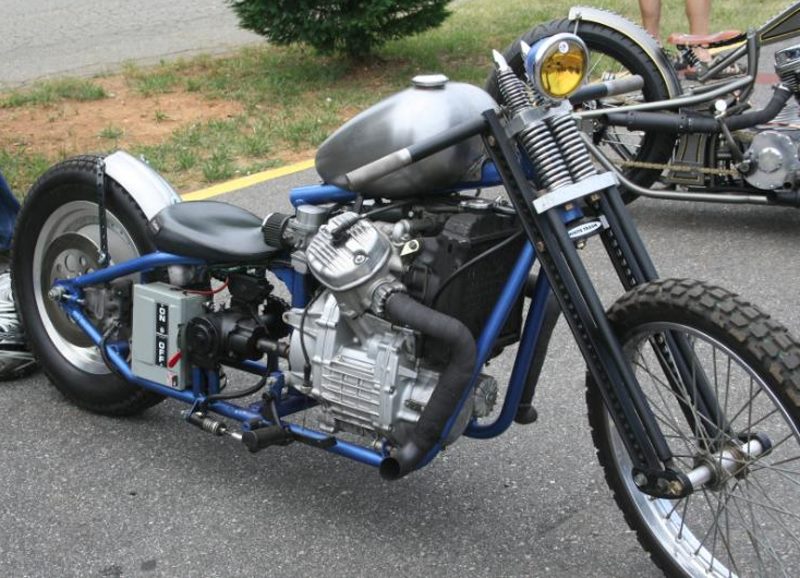 Return to “Honda choppers from the net...”