Ron Finch and a Victory

Ron Finch and a Victory

I have been doing research on early chopper personalities and among the many incredible pics of Ron Finch's work I found this one which I dedicate to Old Fart... 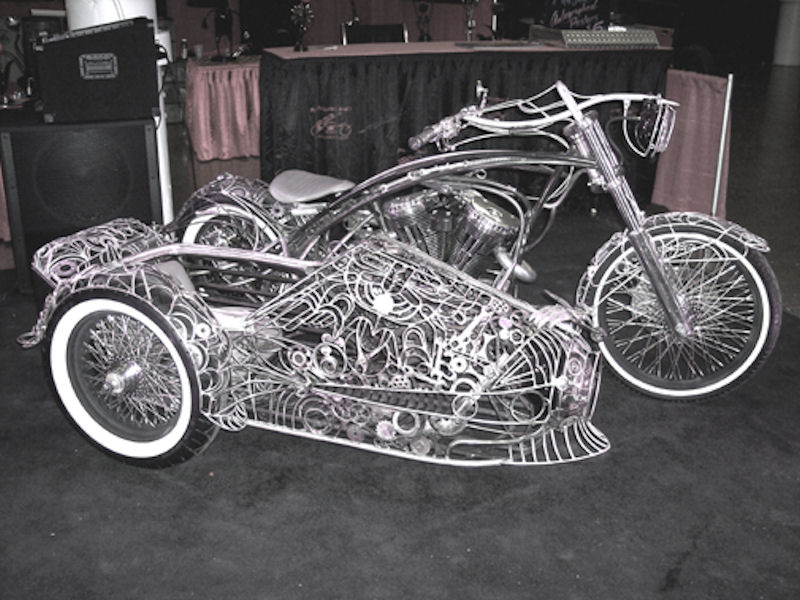 This one is his sidehack called Trilogy. Triumph triple powered. With three different sized trumpet exhausts, steering head over top of rider's head. 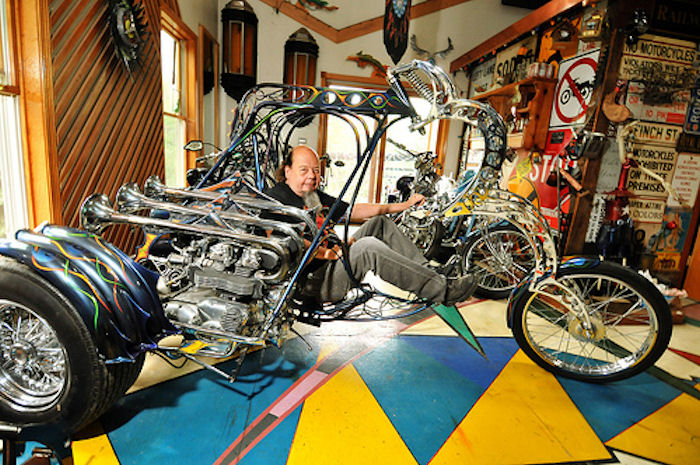 Thanks Andrew, Im flattered.
The top bike has an Indian Power Plus 100 engine. Originally out of the Indian factory in Gilroy California, circa 2000. If you are ever on the Cryil Huze blog, he (Cryil) has just done a great piece on Ron Finch. See the link below.
Ron featured on some of the biker build off features as well. A true icon of the US chopper scene. He is still alive and definitely kickin'.
The bottom bike is the result of too much acid in the 60's.
http://www.cyrilhuzeblog.com/2011/03/30 ... ron-finch/

And for Neo Dutch, he also did a critique on the Victory High Ball
Read all about here Neo.
http://www.cyrilhuzeblog.com/2011/03/31 ... n-florida/
750/4 Sonic chopper.
A custom bike or a chopper should be something that has had the original essence of its existence altered to project the skills, objectives and artistic vision of its creator so the viewer or “beholder” and the creator can be positively stimulated by the actual bold or sublime beauty of the bike. Both need to project an essence of suitability, practicality, function and righteousness that has no stand for mediocrity or aesthetic blasphemy.

After I put up the post and had another look I wondered if it might be Indian, but what the heck... a cool bike I thought you'd like mate.

The Victory High Ball at 25" seat height is pretty good. don't like the headlight and will always be hard to convince about electronics/fuel injection etc... but a pretty good job for a factory... I think the bars are a paarticularly good touch.
Chopit'nrideit... Prof
Top
Post Reply
3 posts • Page 1 of 1