A forum where regional groups can arrange their next meeting or run... When you've gotten a firm date and meeting place and time, email or private message Prof so it can be added to "Next events... page.
Post Reply
1 post • Page 1 of 1

Peter Buchanan who was a regular on Choppers Australia rides died last week after a short battle with very aggressive motor neurone disease..

His funeral is on Monday at 11am at Hackham Baptist Family Church, 88 Penny's Hill Road, Hackham. There will be a service only followed by coffee and biscuits.

He and Mary joined in on most of the longer rides either on the trike Peter meticulously built or his Kawasaki cruiser. Although never CA members, they will be very much missed by the CA folks.

Personally, Peter was a mate from way back having gone to school with him and then in the early 70's riding together on a number of memorable trips. He was a bike mechanic at a Honda dealership in Morphet Vale in the early days and when that closed, he moved up to Darwin.

Peter and Mary were good friends of Rilda and I and I am probably the main reason he got back into bikes after a long absence in favour of boats. He and Mary completed construction of a concrete yacht in Darwin and lived on it until their second child made things a bit cramped. When I caught up with him after a long spell, we enjoyed boating with him, but I suspect a couple of rides on my shovel chopper reignited the old flame.

Peter was a good bloke, a fine father, gentlemanly, honest, hard working and meticulous in all he did. I know he was respected by all the CA members who knew him.

He will be missed and Mary will have a lot of adjustment to cope with. Our family's prayers are with her and James (and family), Isaac and Ellen. I am sure that we will not be alone in being there for Mary anytime she needs help. 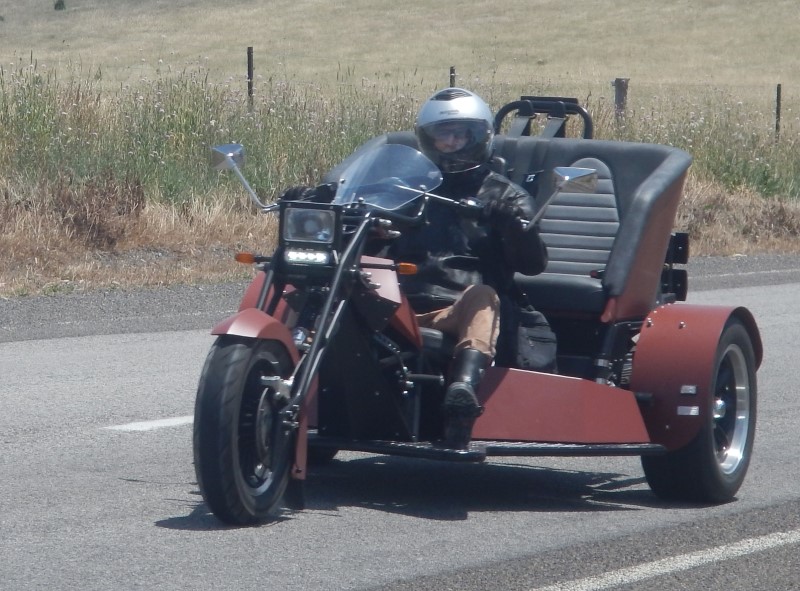