Wayne brought this 1949 FL Panhead two years ago as a non-going roller.
He discovered that the motor had not been properly cleaned after sandblasting… and getting it into proper running order was a massive undertaking. Barrels and Pistons were purchased from the states.

Motor is an 84” stroker. It has Jims lifters, SS flywheels and pistons and black diamond valves. The original A grind cam was too lumpy and replaced with an AB cam. Wayne did the wiring and other final fittings.

When Wayne got it running, it promptly broke a valve, so he had the heads and piston tops ceramic coated and he put in tungsten carbide seats. BJ in Brisbane did the bottom end and Ollie Logan did the top end. Wayne also had a lot of help from Buck at AmBrit cycles (now in Tassie).

The rear guard was custom made and the upsweep pipes and paint job were done by Tune ‘n Choppers. Rear wheel is Harley 16” and a 21” wheel with disc brakes runs up front. The entire front end came from the states and includes triple trees with 6º rake and 2” over wide glide.

Gear box is a standard four speed ratchet top with a mousetrap clutch. Sissy bar was highly modified to fit Wayne’s bike. Seat and forward controls were on the bike when he purchased it.

Bike overheated badly when first assembled. Problems were sorted out by running external oil lines (as per shovel), adding a beehive oil cooler and swapping the CV carbie over to a B series S&S. 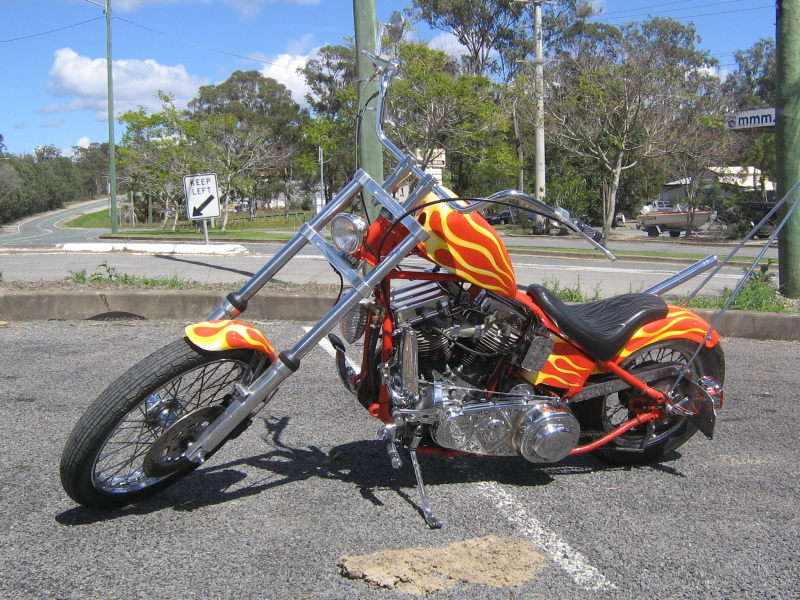 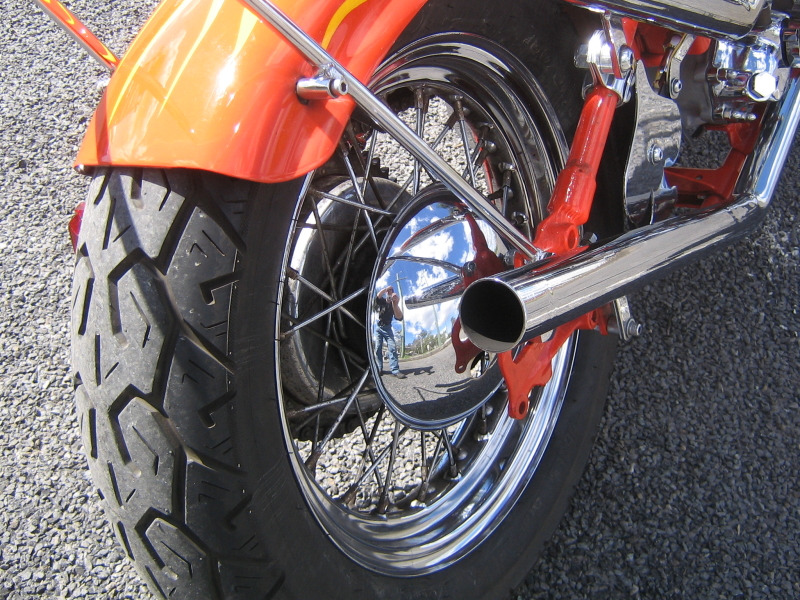 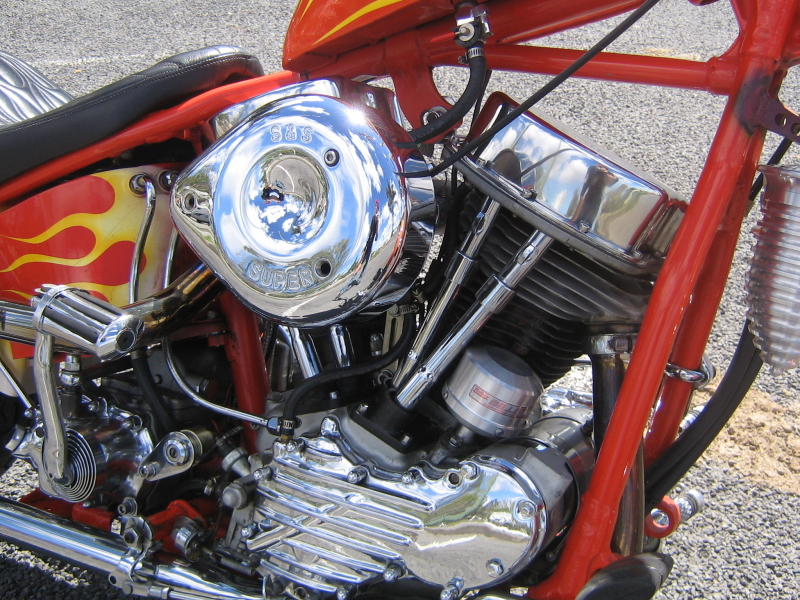 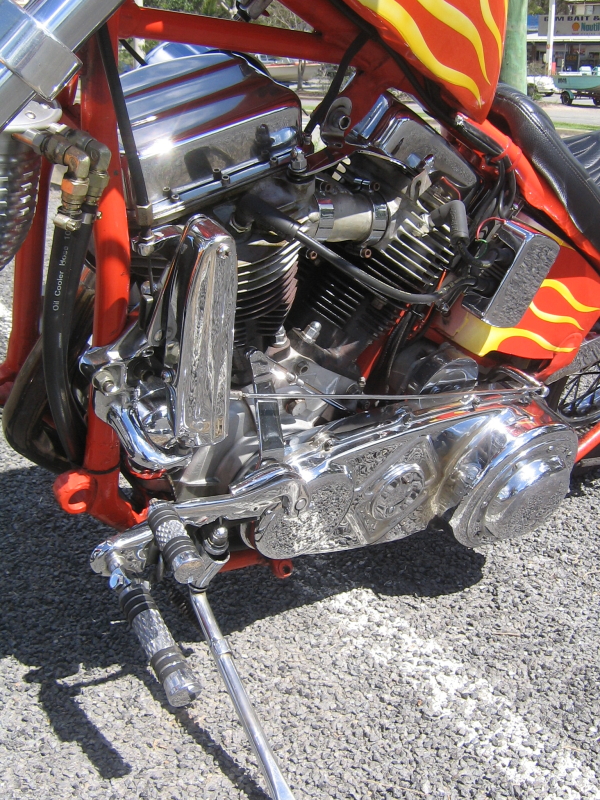 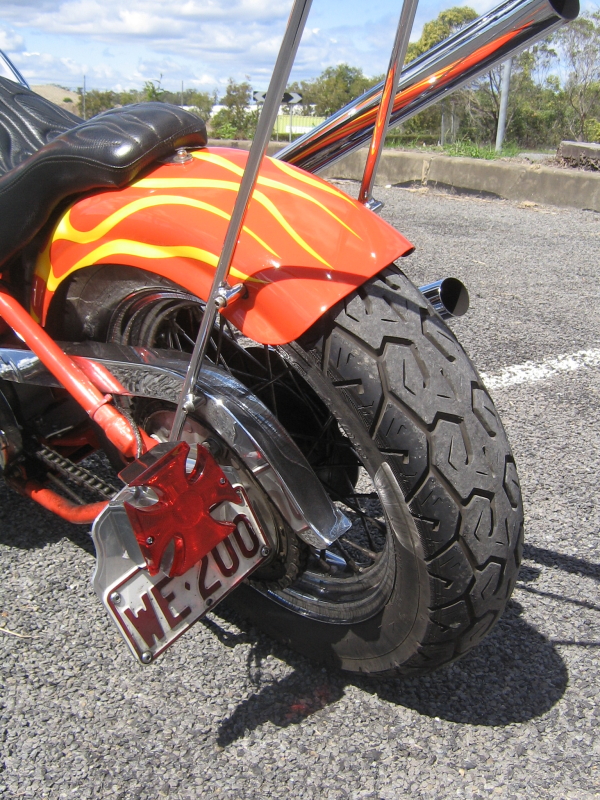 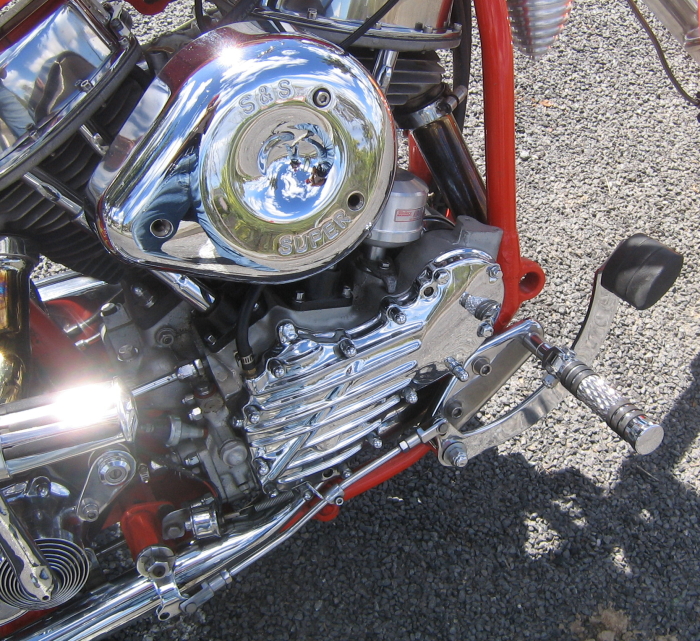 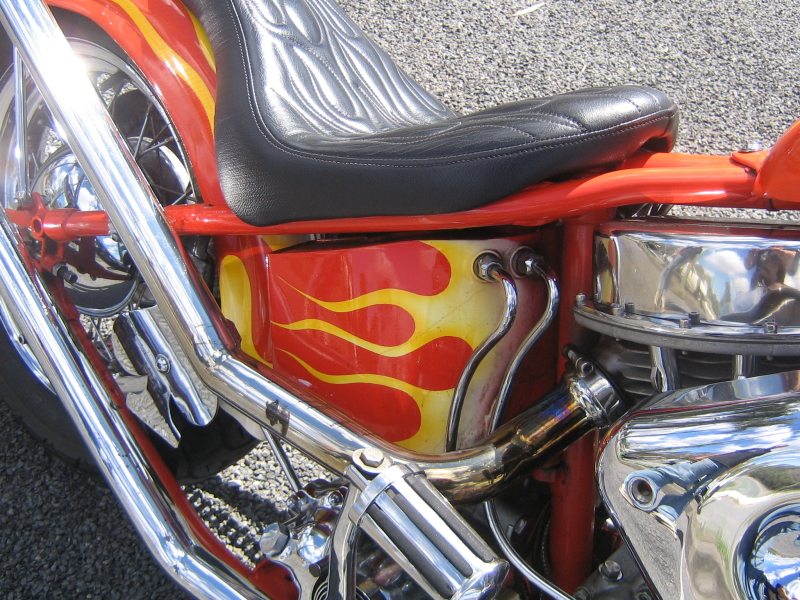 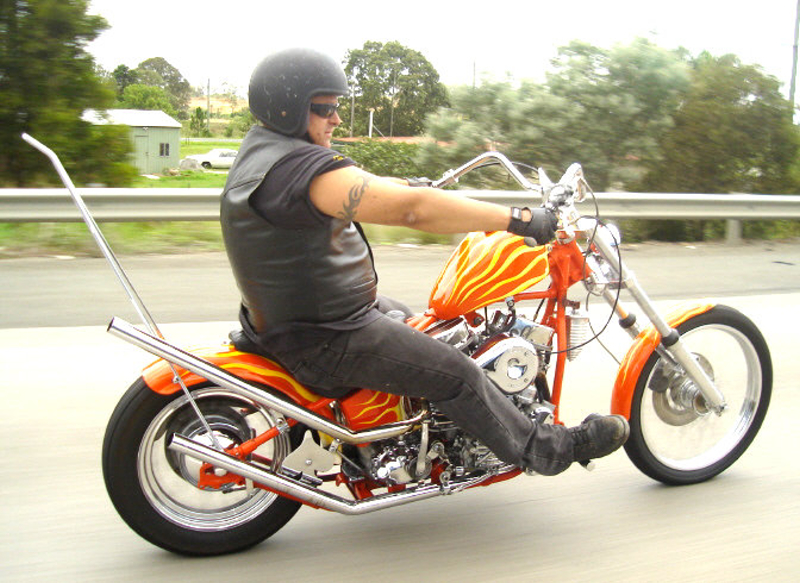 Wayne’s Pan was featured in Ozbike issue 298. He reckons it is great to ride, with the typical rigid tendency to skip if he powers it on too much in the corners.
Wayne rides his Pan every weekend and whenever else he can get a ride in.
Chopit'nrideit... Prof
Top
Post Reply
1 post • Page 1 of 1