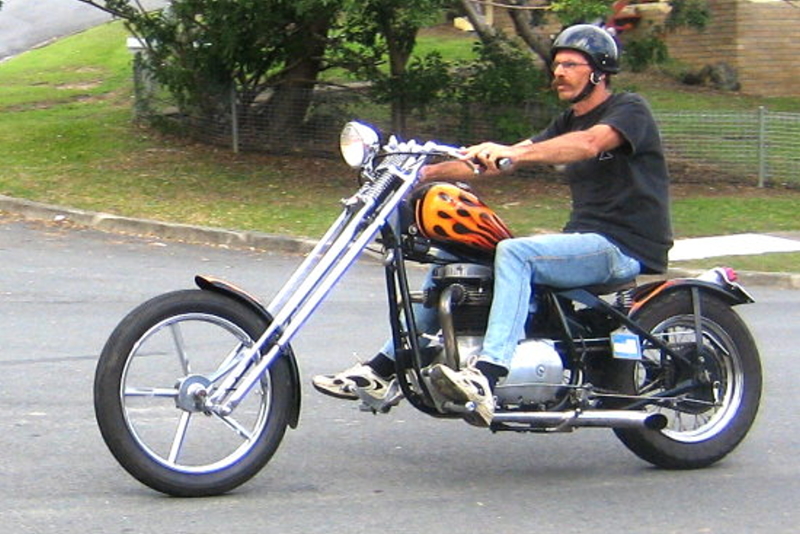 I purchased my A65 BSA in 1998 from a guy out in Gatton and then rebuilt it. Funny thing was he was from New Zealand as well and lived 100 miles from where I grew up. 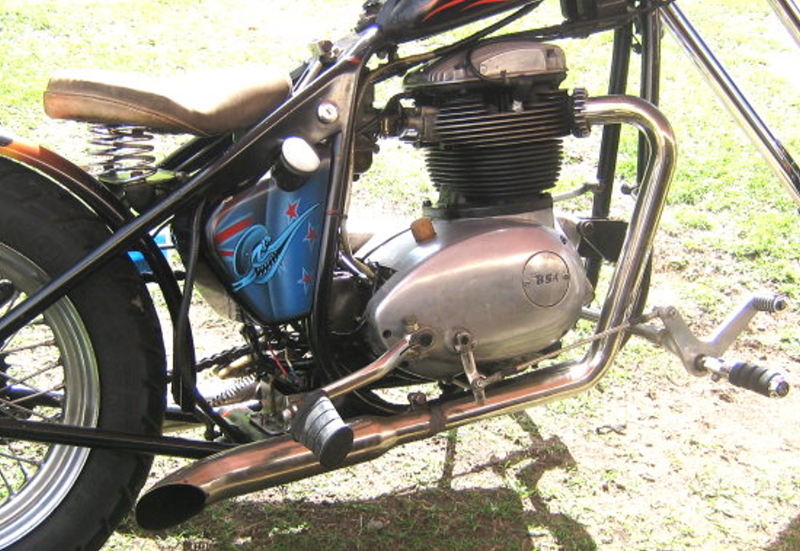 I left it in Australia for a while and went back to New Zealand. I rebuilt it when I returned. The chopper was red with twin head lights when I got it . It was an ex Australian police bike, so what better to do with it than add a hard tail and a 70s Harley aftermarket springer. 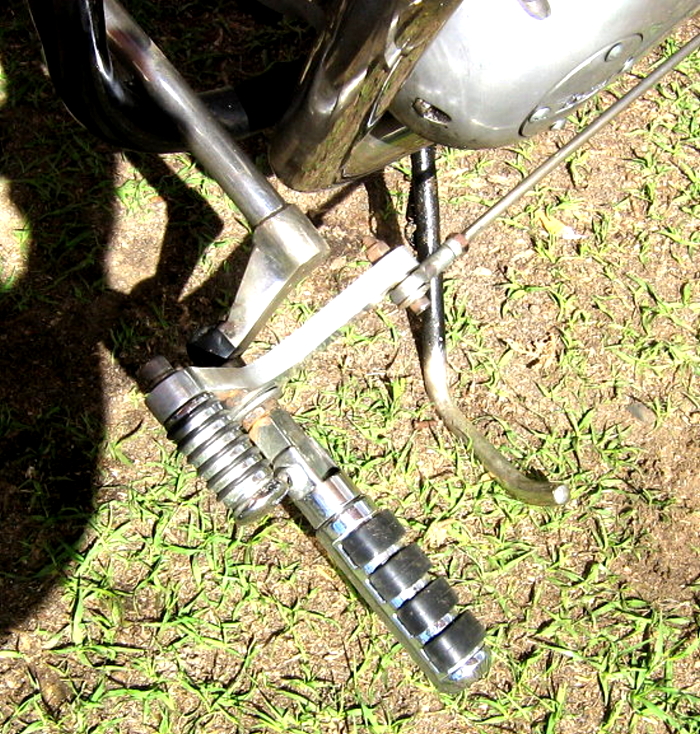 Darrel McKenzie, a mate who was living over here for a while painted it for me and did the flame job a couple of years ago.
I was looking for a 19in front wheel for it and Johns Customs had a new 19in wagon wheel (Invader) with drum brake and no bearings (which is rare). 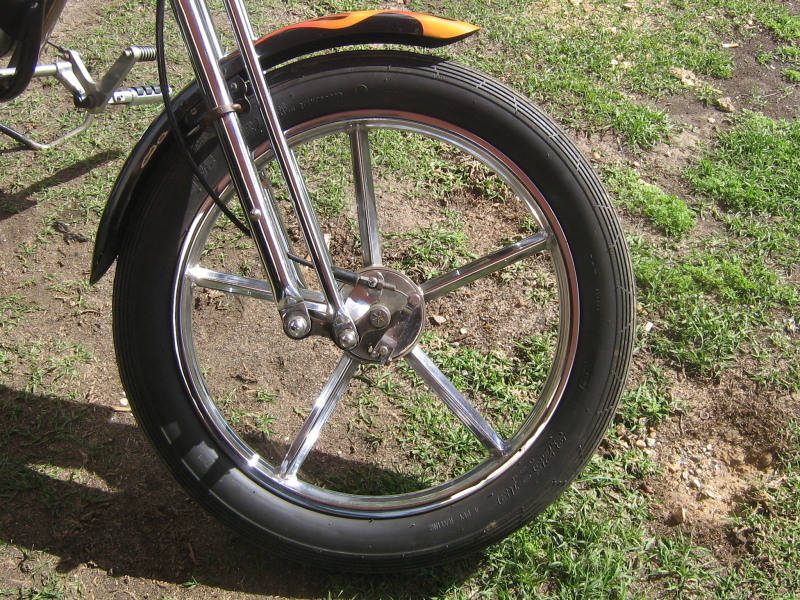 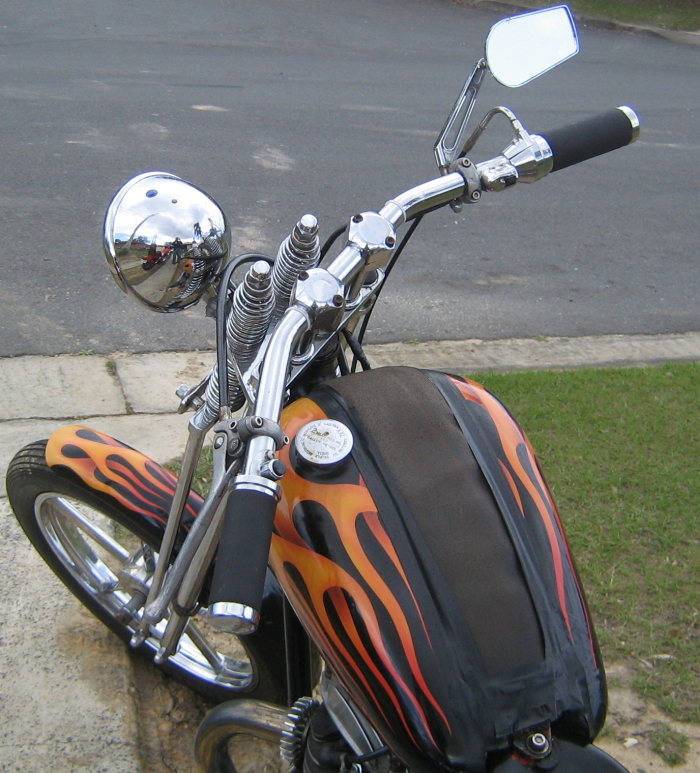 My chopper won a couple of trophies when I first rebuilt it and in 2006 at bike week it got people’s choice on Wednesday in the burn out comp. 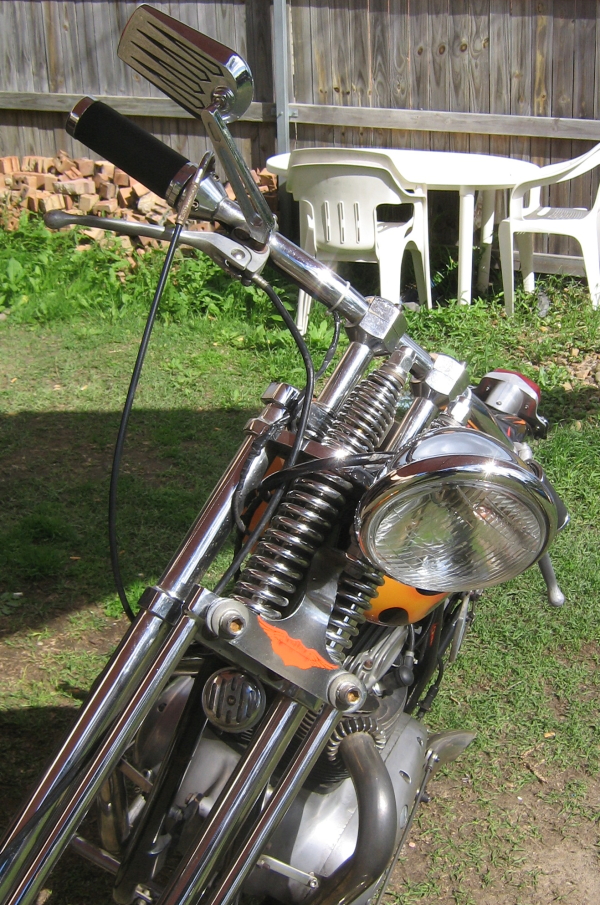 I have done heaps of miles on it and have had a ton of fun.

Bike unfortunately had to be sold mid year to finance my new project, a custom framed Harley (just completed) that I can take my wife on as well... 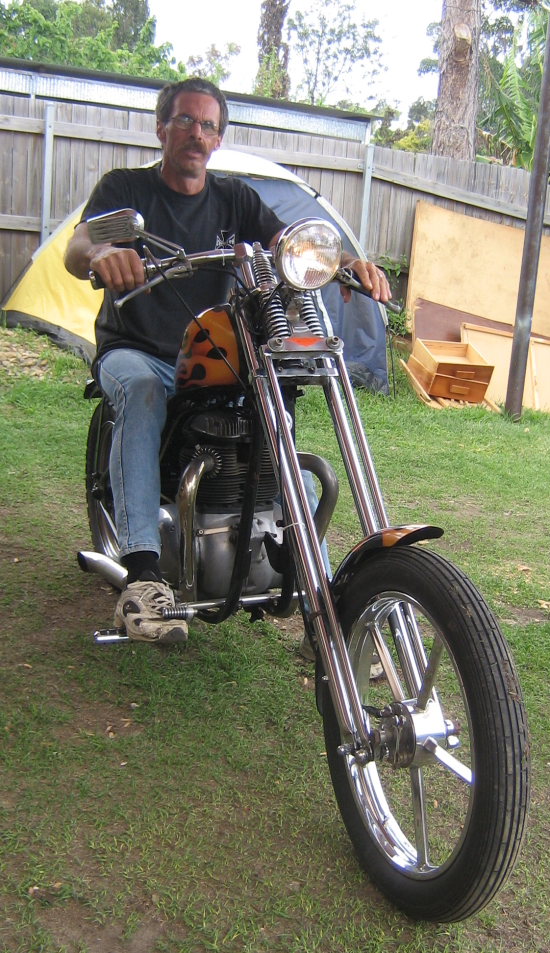