I purchased this 750/4 Honda chopper from the Melbourne Trading Post in August 2004. 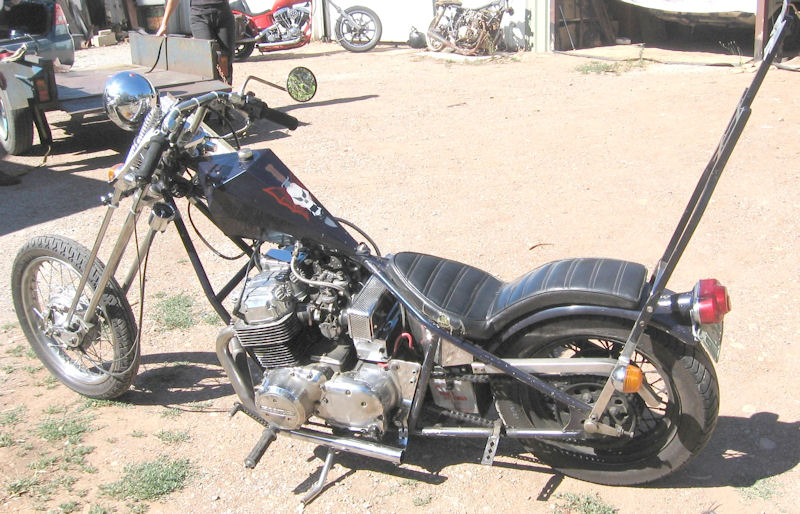 It was made in Melbourne by one of the Chopper manufacturers that were in business in the late 60’s and 70’s.
“Cyclegear” operated from a factory in Brunswick and sold their bikes from a shop in Elizabeth Street, still today, the Mecca of motorcycling in Melbourne. 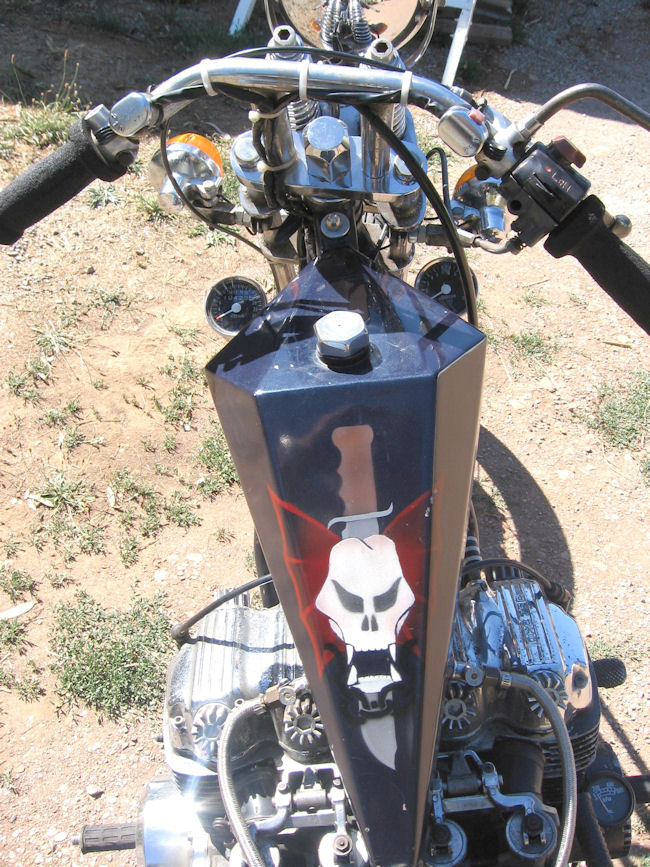 It was made, and first registered’ in 1978 and I believe I am the fifth owner, having contacted all but one of the original owners. I am very lucky to own such an original and un-restored bike.

The rigid frame, fuel tank, oil tank, electrical box, and handlebars were all made by Cyclegear. Cyclegear also made the Springer front end. 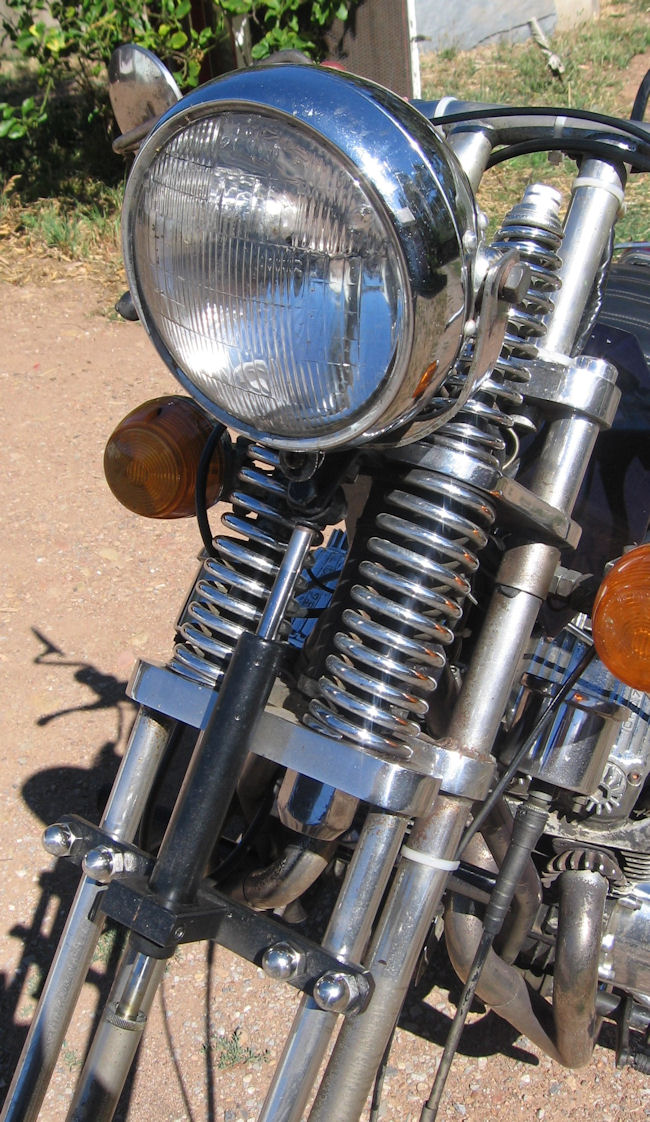 The engine is a standard 750/4 Honda, which I think, is of 1976 vintage. I believe the engine is original and has not been reconditioned, but still goes well and is very reliable. The gearbox unfortunately does have a problem of jumping out of first gear. This doesn’t seem to be much of a problem being that the bike is much lighter than a standard road bike and it seems to pull away quite easily in second, it’s just no drag bike!! 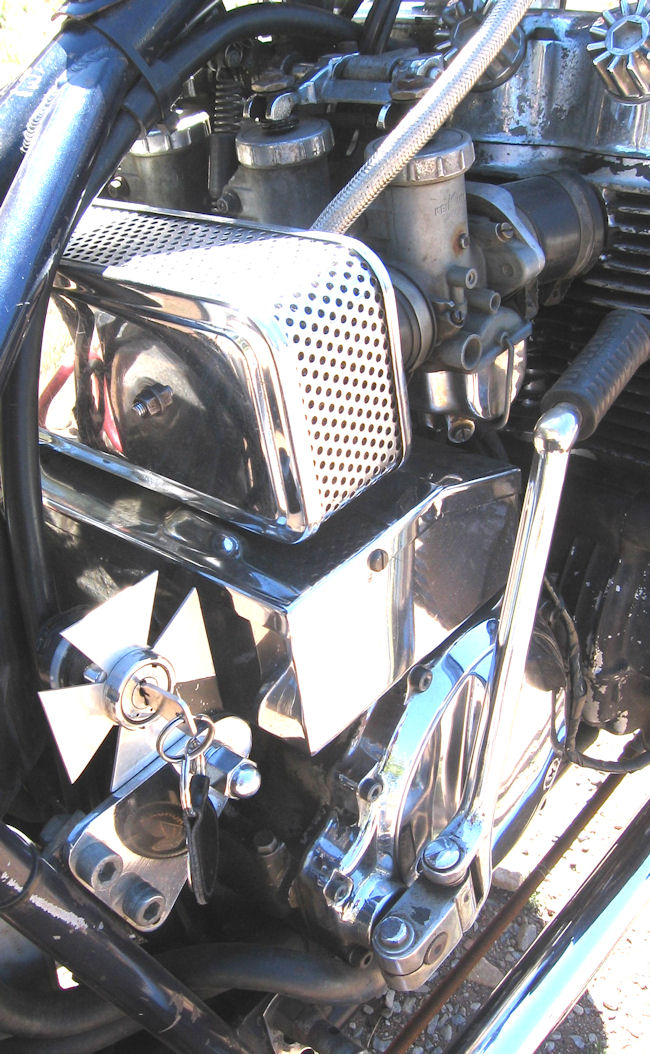 The bike is on full reg and is ridden regularly; I have covered about 7000kms since buying it. This was the first rigid springer that I have ridden and I was quite surprised at how easy it was to ride, other people that have ridden it have made the same comment. It corners very well (it’s no sports bike!!) and I have comfortably cruised at 110kph. 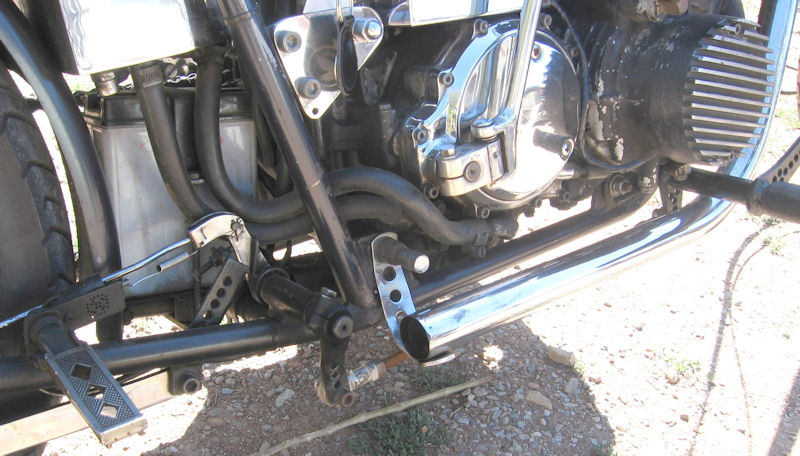 At my age (59) and with a dodgy back the rigid doesn’t seem to give me much trouble although you do have to read the road ahead fairly carefully and lift my bum when a big bump comes. This works fine in daylight but I have been caught out a few times in the dark.

The only change I have made is to add homemade forward controls. At 6’2” tall I couldn’t comfortably ride it with the pegs in the standard position. 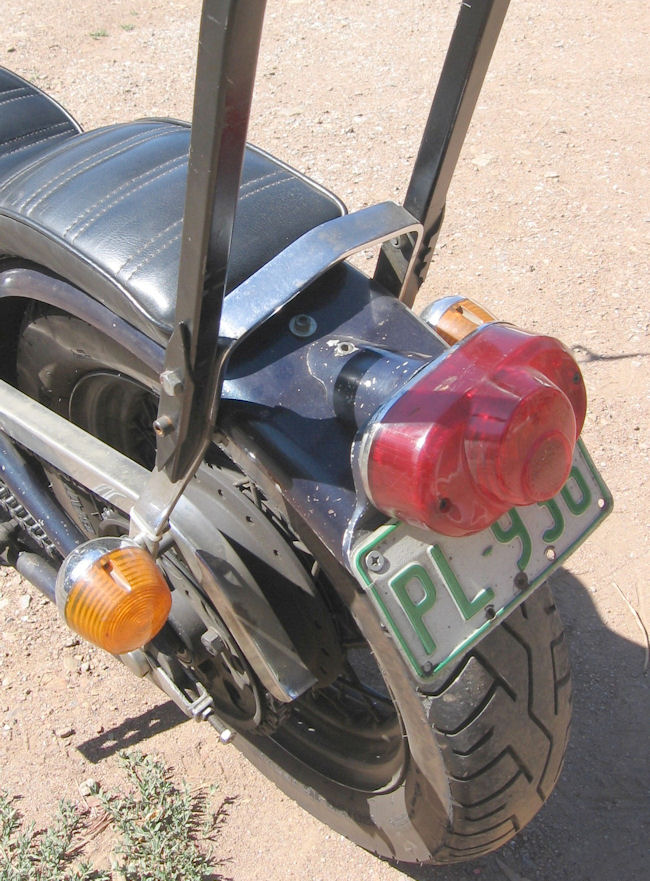 The only shortcoming of the bike is the size of the fuel tank, at 5½ litres and a range of about 100kms, I have to check my route to make sure there are plenty of fuel stops. It is no fun riding in the rain especially with no front guard; the water just seems to end up in my lap.

So don’t let anybody put you off owning a rigid springer chopper, they are a lot of fun to ride and it’s not often that a Japanese bike gets a second look from Harley riders. 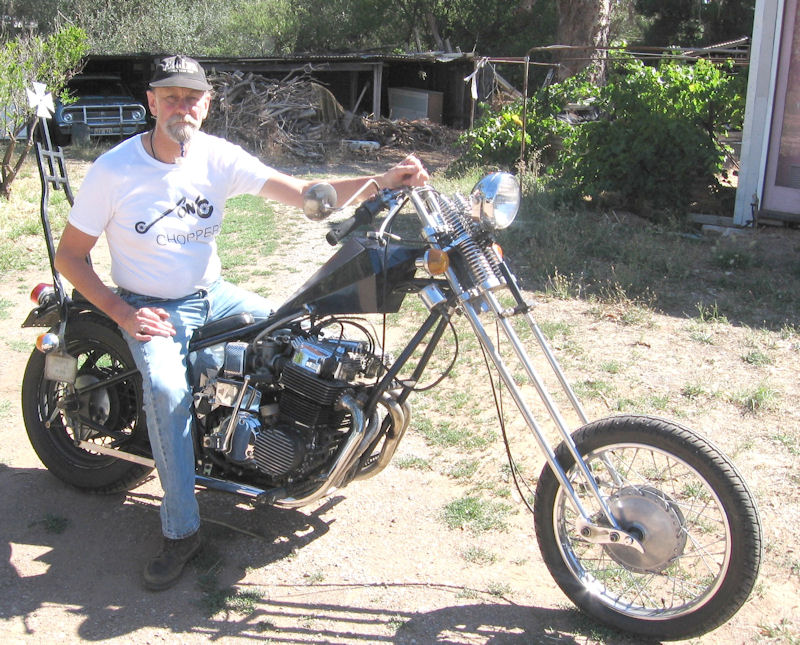