Dru chopped this 1974 Yamaha TX650A in the late 70’s, but after a lot of riding, sold it. Twenty years later he tracked it down (as a rat bike in Darwin), repurchased it and then set about restoring it to its former glory. The motor was still fine mechanically despite having done a lot of hard miles, including traveling often from Darwin to Adelaide towing a dog trailer! 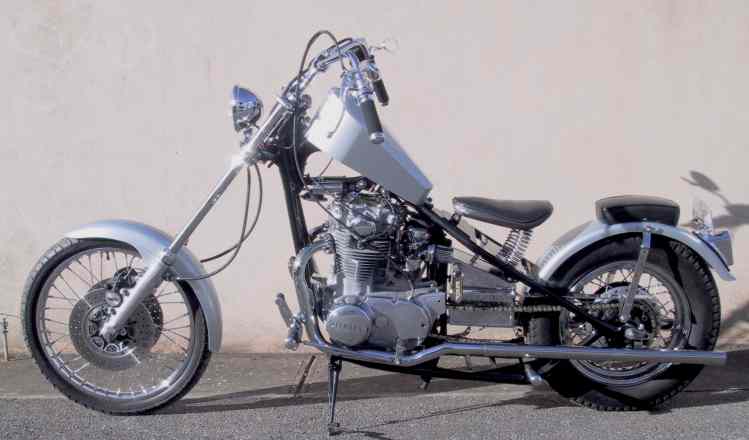 The previous owner had painted the engine in a black paint that according to Dru just about defied removal, finally succumbing to a solid dose of sand blasting. Most of the steel components were rusty and needed a lot of attention or just plain replacement.
New 8” over XS forks replaced the old 6” rusty ones and were a “last pair on the shelf”. This time, the TX got a 21” front rim off a Yam trail bike and a second front disc. Headlight is a Bates found on special in a Harley shop. 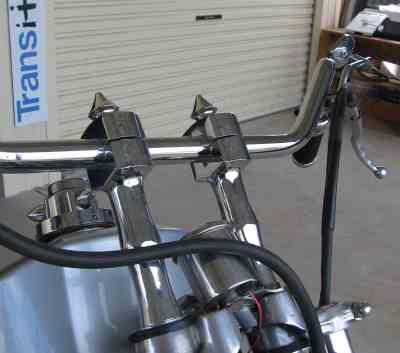 The sculpted 90’s after market risers are topped by a 7/8” copy of Harley Road King bars instead of his previous pullbacks. Hand grips and throttle are late 90’s aftermarket. Oval mirrors are a very recent addition to satisfy the boys in blue.
Frame is the original Yamaha with the rear section replaced by a welded on hard tail. You could buy such things in the 70’s! 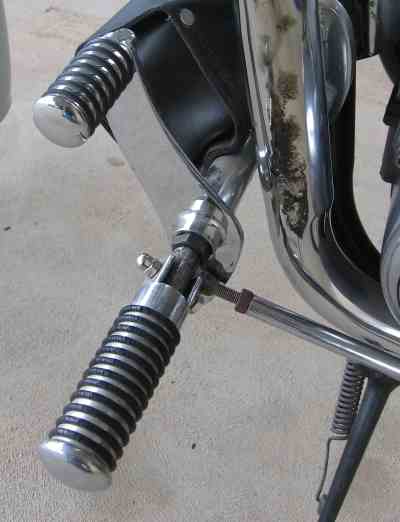 Same goes for the forward controls… they were purchased as an off the shelf item. In his reincarnation Dru replaced the Anderson foot pegs with some ones from a Harley shop. Battery box and seat are 70’s items “bought from somewhere”. 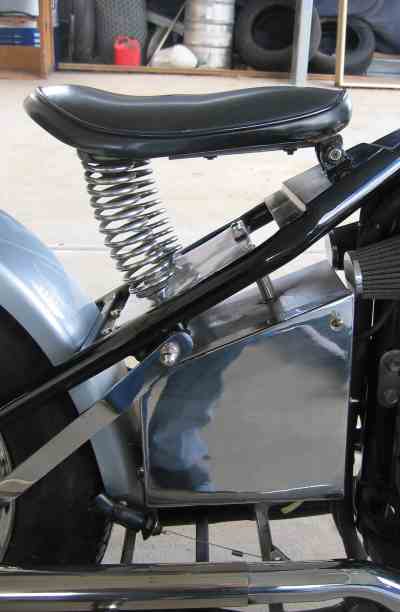 Flat rear guard is a neat 70’s item, but this time around Dru replaced the Triumph style taillight “that used to blow globes” with an aftermarket tombstone that works much better. 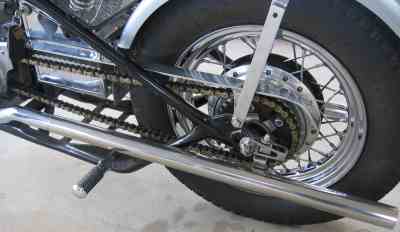 Dru set up the rear wheel in the 70’s. Hub is a Kawasaki, laced to a Harley rim (matching number of spokes and spoke angles). Original Yammie sprocket was machined to fit. 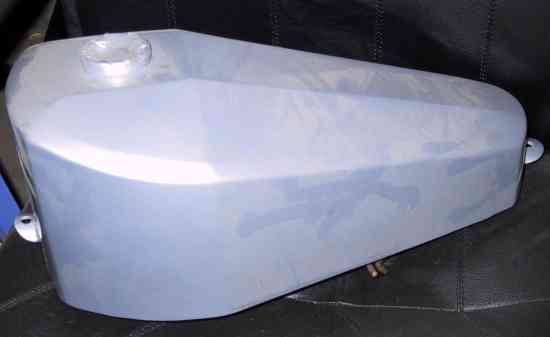 The original chopped version’s modified Yamaha tank was replaced by a coffin. Coffin tank is high mount. Coffins most commonly came in high and medium mount. Fancy petrol cap is aftermarket HD. Dru lamented that in the 70’s one could pick up chrome coil covers “off the shelf”, but not to be daunted, he cut some stainless from a washing machine tub and they came up just as nice. 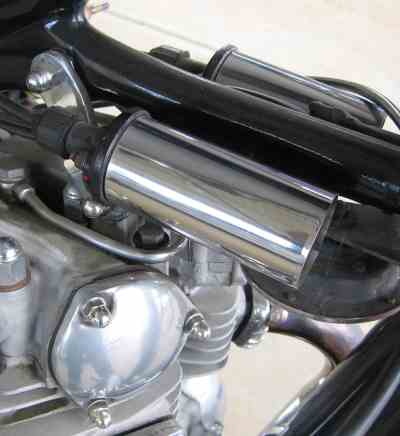 Sadly missing are those nifty little neon plug leads 70’s bike had. Dru reckons they were great if the bike didn’t run… you knew instantly whether you had spark!
Straight pipes are same style as previously just a little longer and with some baffles out of a 2 stroke. He considered a sissy bar, but it meant changing his guard brackets and pillion pad so this part of the bike has stayed as it was originally.
How does it ride? Dru loves the position and reckons it is very stable and great handling in those long sweepers. He’s also convinced the extra trail and longer wheel base has saved him from biting the dust on more than one occasion.

A nice shot of his frame... 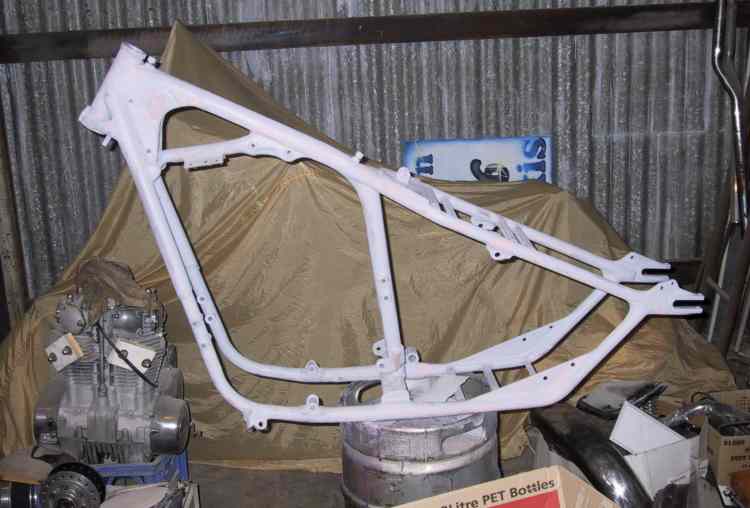 Any future changes?… Possibly a foot clutch and tank shift, as the stiffness of the hand clutch is a tad uncomfortable, but Dru reckons his reborn TX650 is once again pretty much the way he wants it. 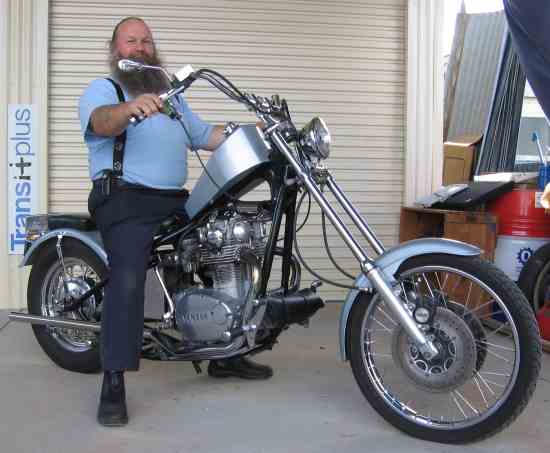